In light of the global pandemic, all meetings are on hold until Autumn, 2020 (or possibly later). Please stay safe and avoid large gatherings. We’ll look forward to seeing all our members once this crisis has subsided.

“There are old pilots, and there are bold pilots, but there are no old, bold pilots.” So goes the saying with which most of us were taught to fly. It was with this thought in mind that a handful of pilots of yore decided to meet to commemorate having beaten the odds themselves. What better name for such a group than “Old Bold Pilots”?

In the fall of 1996, Pete Madison, a World War II P-38 pilot who had flown with Tommy Maguire and Charlie Lindberg in the 475th Fighter Group, invited a small group to gather for breakfast. From this humble beginning of about 10 pilots, sprang one of Coachella Valley’s most successful social groups.

The first few gatherings took place at Sunshine Café in Cathedral City. Quickly, the group outgrew its meeting place and moved to Cathedral Canyon Country Club. Approximately a year later, again caused by unprecedented growth, it moved, once more—this time to Desert Willow Golf Resort in Palm Desert where it met until June, 2017. We now meet just across the hall from the Vue restaurant in the beautiful President’s Ballroom at the Indian Wells Golf Resort.

Present membership now exceeds 400. What could account for this phenomenal growth in a time when most organizations are struggling with membership and attendance problems? The story is worth telling.

From the ground up, the Old Bold Pilots was formed under one rule: “There are no rules!” That means no officers, no dues, no requirements–only a desire to enjoy the company of fellow aviation enthusiasts. The OBP are former military, civilian, and airline pilots. We have lady pilots. Membership is not restricted to pilots. Everyone is welcome. For several years, the group was honored by the presence of two submariners. After all, there are more aircraft in the ocean than submarines in the sky! Some members have distinguished combat records, and others held senior military commissions across all branches of the US Armed Forces. It’s a fascinating and accomplished group who share a lot of memories, experiences, and good laughs.

Our thing is flying and aviation. We don’t just tell war stories. It’s quite the opposite. Some of our previous guest speakers have talked about the Lockheed “Skunk Works,” the new Lockheed-Grumman F-35 “Lightning” fighter, flying a Catalina (PBY) around the world, the illustrious Poncho Barnes, helicopter combat in Vietnam and the first Gulf War, Forensic Aircraft Accident investigation, and on, and on.

The Old Bold Pilots meet for breakfast upstairs at the Indian Wells Golf Resort in Indian Wells, California the last Thursday of each month. Breakfast is available at 7:15 a.m., and we start the program about 7:45am with members introducing guests. Then, the guest speaker is introduced a touch before 8am and speaks for 30 to 45 minutes with a question and answer session at the conclusion of the talk. We normally adjourn before 9:00.

Those interested in attending these enjoyable breakfasts may find out more by exploring this website. We look forward to swapping stories with you at our next meeting!

Get notified about upcoming speakers. 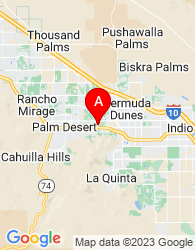 We meet in the large ballroom upstairs and to the right.

Where are the OBPs?

Our meetings take place in the beautiful Desert Willow Clubhouse.